Sometime in the Past, Lothal
Lothal system, Lothal sector

Padawan Rainwalker glanced at the injured loth-cat in front of him, recalling his earliest lessons in Force Theory when he had been mere Temple Initiate. Master Xin had done little to touch the subject since then, yet now, seeing the creature bleeding from its hindleg in front of him, Annan crouched down on one knee and began to call upon his powers in the Force.

Opening himself up to the Encompassing Force, the Jedi Padawan felt the Boundless Energy Field for what it truly was: Life. Life created it, Life caused its ebb and flow. Annan could feel the Dark Side - Death - attempting to claim the loth-cat before him. Focusing, the Jedi Padawan brought his hands forwards and began to channel the Boundless Life he felt all around him, and within him, into the palm of his hand.

It responded in kind, the Ethereal Light flowing from both within and without. Annan focused with a sweat at first, and forced himself to breathe. In and out, in and out... the breathing exercise calmed him down, and directing the Force became easier with time.

Annan ran his opposite hand over the loth-cat's back with one hand, in an attempt to calm it, while running his right hand, imbued with the Light Side of the Force, over the loth-cat's laceration. The animal whimpered and meowed, yet, dying, it was too weak to protest to the touch, and probably even comforted by it.

The moment Annan's hand touched the loth-cat's deep wound, he felt a jolt of the Dark Side pass through him. For a moment, he thought a Sith had arrived upon him unexpectedly. Yet he quickly realized, it was the Darkness of Death, that wanted to claim the loth-cat, emanating from beneath the laceration he had just placed his palm on.

Annan focused on that Darkness, that Death. The Darkness would always yield to Light, and Death could not remain in the presence of Life. Meditating upon the Living Force, he injected the Source of Life towards the darkness, the necrosis, projecting from the deep wound in the back of the loth-cat. Even without any microscopic vision, he could instantly began to feel the change.

Closing his eyes and probing deeper into the well-spring of light all around him and the loth-cat, Annan could feel each cell around the injured feline's wound. He could feel the intracellular swelling subside at the gentle consolation from the Ashla, he could feel the damaging free radicals stabilize, and he could feel the tissues beginning to proliferate.

Annan concentrated on these feelings and, with focus and mental effort, attempted to increase them in amplitude, now placing both hands on the back of the loth-cat and channeling more and more of the Healing, Rejuvenating Light through the palms of his hands to counter the effects of the wound. The Lothal feline began to open her eyes, feeling her lost energy return to her. Under the influence of the Light Side, it became strangely docile, allowing Annan to finish healing her without protest.

The ethereal blue glow emanating from Annan's hands covered the creature's wound all around, the gape visibly beginning to close as the bone, then muscle tissue and finally skin all over it began to close.

Padawan Rainwalker sat back, panting. The loth-cat stood up, fully healed, and meowed loudly, before jumping into the tired Annan's arms, nuzzling against his body. 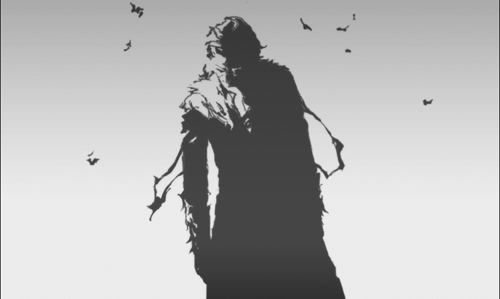 "If there is no path before you, create your own."
—Journal of the Whills 7:549
✵ Quartermaster, Queen Amidala's Revenge ✵ Blue Star Pirates, Aurek Fleet ✵
Top
Post Reply
1 post • Page 1 of 1