With weapons, Xavius Bain’s outlook was that each item should be an extension of the wielder. He had a deep connection with his weapons, and his ship was no different. It was as if he were wearing an article of clothing, and as he took control over it the ship moved with the same precision as Xavius himself. It was as if he were gliding towards the asteroids himself.

“Keep an eye on those heat signatures, we’re going into the field.”

The Grey raced towards the asteroids, and Xavius reached out into the currents of the force to assist. If the heat signatures were hostile, it would make navigating the asteroid field more unpredictable than it already was, he would need to remain alert and prepared to finesse his way to the destination.

As he began the navigation, the muted grey colors of his ship reflected a flashing red hue from an alert light. It seemed the signatures were as Zasabi warned about. The Shadow Lord kept his composure, but the ship spun and avoided destruction at furious speed. Out of habit, the Shadow didn’t communicate anything to Zasabi at first, as his normal companion was his assassin droid which required little vocal communication. He soon realized though, and managed to get a word out, though whether it was helpful or not was up for debate.

“It seems we aren’t alone.” 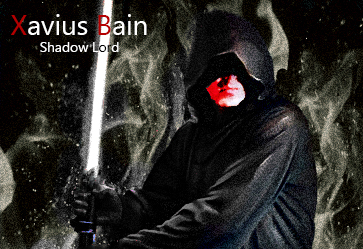 One by one, red blips began to fill the sensor sweep around The Grey, hidden weapons emplacements beginning to stir to life at their presence. "Xavius, I think this place may be more important than we may have thought," he muttered, bringing up targeting resolutions for the emplacements as the gravity of the situation began to settle in.

"Looks like at least eight contacts, mix of missile emplacements and turbolaser cannons. This could get messy real quick if they've got seismic weaponry- they'll turn this asteroid field into a blender!"

As if taking inspiration from his words, a sudden shockwave of energy burst out before the bow of their ship. Where there had once been an asteroid the size of a small cruiser was now a multitude of chunks of molten stone. The space before them rapidly became a near impenetrable wall of debris that threatened to tear the ship apart.

Quick calculations weren’t needed to figure out what Zasabi was saying, it was apparent that he was correct. Instead, the Shadow lord’s focus shifted to the sensors, eight targets, just as his companion pointed out. With the force to guide him, the ship leapt into action. While the flashy movements of the ship displayed Xavius’s finesse as a pilot, his body stayed even more still than before as he entered a state of resounding focus.

The XM-1 deployed advanced concussion missiles at three of the contacts. Targeting was key here, and Xavius needed to concentrate his energy into navigating through the debris if the two were to ever leave this ship.

After launching the missiles, he flipped the ship directly toward one of the targets. While The Grey was a missile boat, it still held laser cannons which he unapologetically fired directly into the contact. He continued his forward assault, not pulling up until the last second. The closer he was to each contact, the less likely they were to fire the seismic weaponry, as it would decimate their own. An aggressive approach was the only option, and Xavius continued to fire more concussion missiles out. The ship held a substantial payload, but he only fired shots he was confident could land in case needed to conserve them.

Once again, the Shadow lord reached out to the force for assistance, this time aiming the ship back toward their destination. After prudent, but quick calculations, the ship propelled forward as the ship’s Sublight Acceleration Motor was activated. The propulsion pressed Xavius and Zasabi firmly into their seats, but he hoped the sudden movement would be enough momentum change to take any of the targets that survived Xavius’s missile barrage off guard enough to escape the sudden hostility.

Zasabi had to admit, Xavius' flying skills were top notch. Despite the bulk of the missile boat, he handled it as gracefully as a Lorrdian dancer. Chunks of asteroid passed by like swarms of starfighters, micrometeorites pinging off of the particle shielding of the vessel like hailstones.

He felt the sudden release of three missiles, tracking their courses. Two of them were on a clean, even path through the debris to their targets. One, however... the destruction of the asteroids had created a chaff screen dense enough to stop it on it's present course. Given the danger of their situation, they couldn't afford any mistakes, but if nothing was done the third shot would be stopped in it's tracks.

Drums pounded in his ears, although he couldn't tell if it was his heart or the Force reflecting the danger of the moment. His mind grasped the missile, slipping in and out of his grip. He didn't have time to solidify it, however- it was do or die. Tapping gently with the resounding ping of a blacksmith's hammer, he nosed the missile down and barely cleared the chaff.

Returning his attention to the sensors, he let out a deep breath he didn't know he had held. Watching as the missile realigned it's course, he noted with surprise that the platform it was targeted at was letting out a missile of it's own. With uncanny timing the platform's own missile was knocked off course as the concussion missile thudded solidly and blew the platform apart. The stray munition tumbled wildly, flaring brightly before impacting into another weapon's array and sending it into an asteroid with explosive finality.

Zasabi smiled briefly. It was entirely unintended, but perhaps the Force had been looking out for him. Had the platform launched it's missile unmolested, the pair of Shadows would be so much space debris. He didn't have long to consider it, however, as Xavius' ship suddenly leapt into motion at a speed that completely ignored the inertial dampeners, flattening him against the acceleration couch. He could only hope Xavius knew what he was doing on the final approach to the station.