Who could have guessed that the Ulizra was correct that outsiders do corrupt. That two of the Nazzar people had been corrupted by outside sources and multiple threats were after the residents of this diplomatic cruiser. Could the senator or the Captain have ever conceived that their fate was now fully tied to the cruelty or generosity of outsiders and what ever happened here could change the fate of their world.

Captain Tallar limped back onto the bridge, the blaring alarms had ceased though they were still running on emergency lighting. One Lieutenant sat at his station going over what limited options they had. The Captain lowered himself slowly into his chair, his pain somewhat subsided in thanks to a bacta patch. He activated the console on his arm rest and a holo screen flickered to life in front of him. Taking a light breath he began looking at the readings from across the ship.

A few quiet minutes passed before the door slid open again and senator Kavron stepped in with his guard. “Captain, good to see you back at your station, what is our current status?”

“Senator,” the Captain replied, his voice still a bit gruff. Both of the Nazzar showed signs of their lack of sleep across their equine like faces. “We have done a full head count, eleven dead, nine in critical condition, twelve injured but able to continue their duties. The transport was damage when we were ripped from hyperspace, our one surviving engineer is examining it now but even if he got it working it could only carry six of us off this vessel. The engineering bay is fully sealed and no one can enter without a proper suit of which we don’t have, we are stuck at the mercy of the blackhole and who ever may be answering our call for aid.” The hull creaked abruptly reminding them of the tremendous stress the vessel was under, they were lucky the shields hadn’t gone out yet. “And there’s our reminder, probably forty eight hours till we become nothingness inside that blackhole.” He pointed a thumb towards the viewport that was now mostly blacked out, stars gone from sight.

“Can we do anything?!” The senator’s stress started to get the better of him.

“Hope that who ever is coming is bringing a full repair crew so that we can limp ourselves out of this gravitational pull, or a big enough ship to drag us out.”

“Captain, I think we can send our astromech out onto the hull to try and do some repairs from the outside,” the lieutenant in the room interrupted. “I’m not sure however how long it would last under the pressure, even with shield active.”

“Well let’s at least try that!” The senator replied before the Captain could.

Mean while the Alliance repair crew had met up with Padawan Austjor and were following her YT-2000 towards the destination. The air was tense, they had a limited window and heavens only knew how much time they needed to get the Ikree’s Cradle into working order. Little did they know that their were even more threats out there then the blackhole.
Top

Zechs put his pants on. His big boy pants. He made his way out of his little bunk near the hanger. Down the blaring corridors and ringing pounding in his ears. Lights flickering at a frantic pace only interrupted by shortages of current. Blood dripped from his forehead from an unattended close encounter of the bulkhead kind.

This was. Zechs lost his thought. It wasn’t a good sign. Perhaps the bulkhead had left a greater impression than even he had guessed. And he had no droid tucked away to confirm or deny it. He was on his own.

There was only one place for someone of his limited stature and grand unimportance: the bridge.

Get there. Find out what was going on. See how he could be useful. It was about all he could figure. It wasn’t like he could pick up tools and start making amends between circuits. There would be no compromising between flame and air on his watch. It was out with one and on with the other but which?

“You could have flown yourself,” a voice said in his skull.

Zechs shook his head. “My shuttle was getting its yearly check up. YT getting holes patched. This was the quickest option between A and B. Easiest option.”

“Easiest? See how that turned out. Maybe next time you can just let yourself be crushed by a transport pod? Or, I know! How about ship yourself in a casket using a discount carrier?”

He started to turn to yell at himself, but the voice drifted away under a not at all subtle giggle. Yeah, the bulkhead had left a greater impression than he had thought, and it was far from a helpful one.

The bridge. Get there. Start there. Figure out what the seven winds of the abyss was going on. It was going to be a long way, even without the stowaway.

If he could make it to the bridge, it was a long ways between him and it he reckoned, and if he was honest, “fun” tended to find him before he got anywhere he wanted. No, he was sure he’d run into more trouble before then. The “Oh my whilis, the airlock is about to implode” kind where the only answer was run.

Zechs grabbed hold of his left knee. The pain fizzled up his spine. The voice was right after all. He should have flown himself.

The travel from point A to B was tedious, but there were plenty of people to keep Ali's mind out of the dark. Ben's crew was nothing short of entertaining, for the most part. A nudge from Izaideo Myleman, a Togorian and her co-pilot. A reassuring headpat from Addkasa Caycai Phashar, her second in command Keshiri. As she sat alongside the humanoid feline, he prepared the ship to enter hyperspeed to arrive at their mission as quickly as possible, with enough time to save this GA Senetor. Izaideo waited until Aliclair returned to her seat, and gave a small nod before entering hyperspeed along with the Alliance's Repair Crew.

Hyperspeed wasn't fast enough for the mission at hand. Ali wished there was a faster speed but, patience. She didn't act hasty, or rash, as she would've done before. She and her co-pilot exchanged a few words, and even held a conversation that lasted an a while before silence fell before them. Their exit from hyperspeed coming to an end within the next few minutes, Ali released her last shaky sigh, letting out all her worries and fears. When her brief moment of tranquil was assured, her Starship exited hyperspeed, and the vessel in distress in sight.
"Pull up the scans, how deep in trouble are they? Alokend, run a scan of the ship while we inch our way in. I'll keep the Talon at an angle so we won't get sucked in." Ali addressed, to which the crew did. Scans were able to show the cruiser's systems were fried and their engines were out. Ali squinted as she worked her way toward the cruiser. "Zainagus, prepare to board the ship and offer repairs. Lead the Repair Crew on the ship. If we can't get everyone on the Talon or any other spare ships then at least that one can take the remaining to safety under our protection." the she-padawan commanded once more, and it was followed by an "Ay Commander Austjor." . 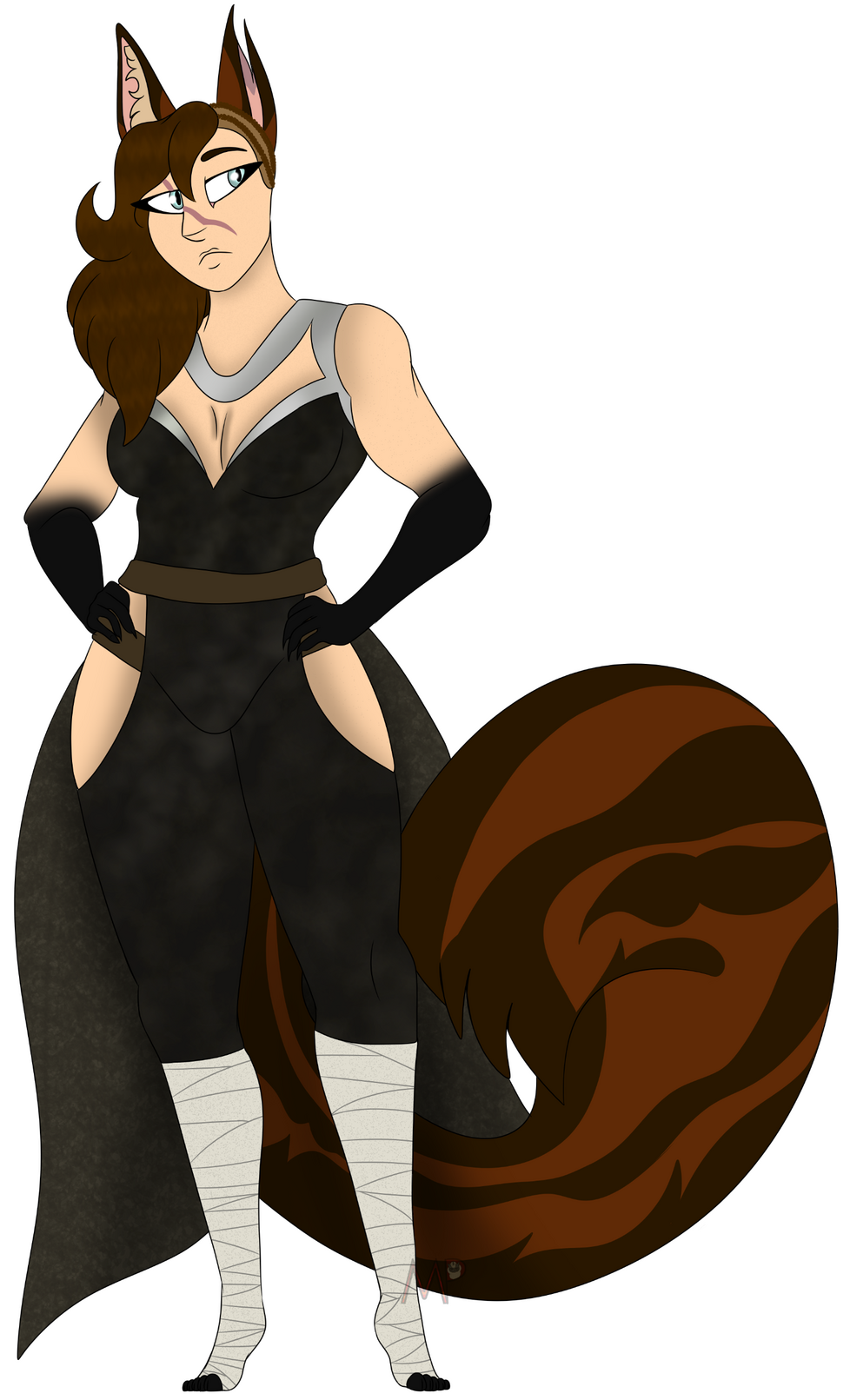 "Theoretically..." Norongachi began his train of thought, while outside the ships viewport the dance of hyperspace went about its business.

"Theoretically you'll die." Emah added, a small voice through the freighters com-system, knowing his thoughts so well that it bordered on criminal telepathy.

"Ah see but that's just a theory, you can't prove it until I try." he sat back, tried to make himself more comfortable, and brought his hip flask up to his mouth for the umpteenth time. The whiskey bit into his taste buds and finally killed the last hold outs of resistance.

"If you turn off the hyperdrive safeties, I will be proven correct but you'll be a puddle of goo. I can't lord it over a puddle of goo, its an unsatisfying outcome for everyone involved."

"I could come back as a Force Ghost." he let a smirk play across his lips at that thought.

"You're less spiritual than I am and my afterlife involves some sort of crushing machine, followed by a parts recycler. No, squish and blackness for you I'm afraid." silence trickled out between them.

"So, anything interesting in deep space?"

"There's a very interesting pulsar a half dozen light years away, the radi-" the hyperspace reversion alarm beeped thrice.

"-okay gotta go, bye!" he cut the line in the same breath and set himself fully back at the controls a heartbeat before the singularity burst into view. Alarms peeped at him, lights winked at him, and he felt the pull on the ships chasis almost immediately. This far out, on the very ragged edge, the gravity was that strong. "She woulda been right..." he spoke quietly while adjusting to compensate.

His scanners were having one hell of a time getting an accurate reading but he picked up the ship and the read outs weren't promising. He could, at a squeeze, fit twenty souls aboard the Wave Dancer. Not nearly enough, and he didn't have the engine power to tow a ship that big out of a gravity well that strong. Unless the crew aboard somehow managed to regain maneuverability, this might very well be a tragedy in the making.

"Ikree’s Cradle, Ikree’s Cradle. This is the independent freighter Wave Dancer, do you read me? I'm ready to render assistance-" if I can bloody get near the thing..."-tell me what you need."