The main Roleplay area of the Sithlore Universe.
Post Reply
7 posts • Page 1 of 1

'During a cozy and homely dinner or even a feast, you accidentally do something unbelievably embarrassing. What's next?!'

Axl hardly had time to register how embarrassed he should have been before instinctively ripping his gravy-and-cranberry-soaked Holiday Special sweater, neck to groin. The doomed wool burst, seemingly birthing the beskar armor beneath. He flung the cheap clothing accessory gifted to him by his now deceased younger brother-- a gift of a bygone era, as fittingly abandoned in Axl’s mind as the accompanying gift receipt.

The man wasted no time in conjuring a bottle of Grey Poupon™, from what pocket or orifice remains unknown. He erratically sprawled repeating characters on the wall, the floor, then back to the ceiling until it was covered completely.
Even the dullest of eyes could clearly read:

He hadn’t a clue who Jack was or what the phrase meant-- but he did enjoy the sound of it. The mustard bottle splattering, that is, not the text he had produced.

“This is why,” he grunted, “I’m glad I don’t invite anyone for holidays.”
Top 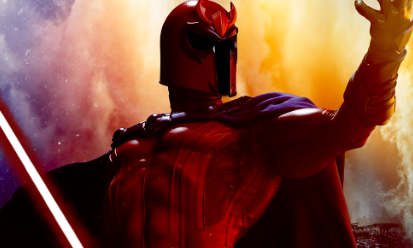 The dinner laid out on the blood crusted table. Roasted avians. Pickled nerf. The left arm of a sand person, and a candle mounted in a little dune. It was a lovely home cooked meal for the quiet family now spread out all over the dining room. Not the disintegration promised by the blasters label.

Zeto licked his lips as he tore off a leg off an avian. The juices dripped from the bone into the little puddles of everyone. The sandy-ness of Tatootine gave the avian a grit that tore the inside of his mouth. It was rude.

The door swung open. Zeto raised the leg bone like a sword. There in the dusty darkness a shadow loomed with handy blinking lights. Words crossed the threshold as cold as daggers down a spine.

Zeto’s face went white-er. The excitement. The gore. The so much wonderful more. The crude embarrassment paled in comparison. How easily invitations slipped the busy mind.

“My apologizes, my friend. Come in. Come in. I’m sure there’s a droid out back or a stray pulse for you to silence.” He motioned for his guest to come in. Badly this could so easily go. Company tended to react poorly to the aftermath, but some for reasons not so clear to others.

In the assassin droid walked. One step at a time seeking unspoiled footing. Its blaster at the ready. Its sensors locked upon a dot on Zeto’s brow. The tension turned the avian stale in Zeto’s mouth. He hadn’t even thought of swallowing, which he then did for it was almost more embarrassing to be discovered to be a talker who spoke with food in their mouth.

The droid shifted around the table and seemed to be passively studying remains. “There appears to be a wookie on your forehead.”

“Oh?” Zeto brushed his forehead off to find a piece of bread had taken up residence there. Dipped in the sticky stuffing the avians were plump full of. He popped it in his mouth. “Delicious.”

“It would be more, if you had kept your pants on.”

Zeto leaned back and rubbed his tummy. “They got wet. Almost split them on the back blast.” He nudged in the direction of the rifle propped up against the back door. “Besides, I always like being cheeky.”

The droid beeped itself in what sounded like a droid version of passive aggressive laughing mixed with total disdain for the living. It soon reached the back door, kicked it off its hinges, and proceeded through in an assaulting fashion to whatever was left for its amusement.

The worst part of it all. The true embarrassment of the entire affair. The grand illusion shattered by a single kick… Zeto hadn’t saved him anything.

He grabbed the rifle and set himself out the door. Far away and over the hill before his robotic friend noticed the mouse droid beeping out back was on a broken loop.
Top

---MORABAND
---NIGHT OF THE BLOOD MOON

So it would be that the entirety of the Empire of the Sith would all celebrate the last moon of the season. Being that Moraband held a count of seven moons notwithstanding - it was to be a grand feast for the purpose of feasting because feasts were the best means of retelling the greatest feats of their martial prowess. Basically an excuse to be braggadocios and get away with it.

Naturally the entire Empire would not be served at his mighty fortress but it was to be his chosen few living champions to be present and their plus ones. Those great in deed such as Darth Warvanus and those wise of the mind such as the High Priest Sovereign himself and those mighty of the drinking horn such as Emic, those of keen eye such as Kressara - and more.

Darth Tormentous himself stood with fists clenched and his rage burning hot at the foe he’d been unable to best. Never before had an opponent made such a mockery of him. How this tale would be spun left a deep rift in his soul and he desperately held a strong desire that the Dark Side would ever grant him the ability to shift time that he could go back and do things differently. He was the Dark One, the most vile and feared in all the galaxy. His stories were the literal nightmares of entire civilizations - yet this challenge had felled the migthy Dark Lord of the Sith with ease.

The more he dueled and fought with teeth barred and with all of his grit and cunning - he had fallen shorter than ever and now he was standing there with the knowledge that his entire Empire would bear witness to his greatest failure. Perhaps even the very foundations of the nation that dwelt under his word would come plummeting down and shatter in uncountable pieces.

Yes - he could see it now. His failure was the end of everything. There was no going back now. The time had come and gone. It was over. What a journey it had been to get to this point. Now the circle had come around full and it was time to reap the rewards.

After learning that he was to fail he had spent hours on the holonet looking for solutions to which he found none. So he would face this fate with what dignity he had left.

He came into the throne room where everyone was seated at the long table, in his mitten clad hands was the hot plate with the burned adolescent avril. It was not just burned but charred and flaky. While not smoldering it begat the smell of ash and ruin about it.

Silence befell the room and he stopped in his tracks just before the table he was to serve.

Panic iced his stomach completely, he suddenly realized that his I HEART JEDI apron was still on. Embarrassment gripped him - he knew he would never live this one down.

Neive finishes up with the Nuna legs on the stovetop while the full table behind him conversed over the already awaiting feast on the table. As he set the legs in a dish and walked them to the table, he smiled, his blue eyes quickly looking over the guests.

But before he could even identify them, the wet floor pushed his foot out from under him.

Falling to the side, he tried to grab the table for stability, but instead found his hand hitting the side of a bowl of slug syrup, sending the liquid all across the floor and over his face and arms.

Two of the guests, an Utapaun and a human female, move to help him.

“Gah, I’m so sorry...” Neive looked down, ashamed and irritated by the situation.

“Hey, don’t worry about it, are you alright?” The Utapaun replied.

“Yes, yes, I’m fine...” Neive replied, wiping some syrup from one of his eyes.

After a second, the female wiped some of the syrup from the floor, looking to Neive, then the Utapaun.

“Hey, at least you’re not the only one with food on you.” She said before slinging the syrup onto the chest of the Utapaun. Neive saw the Utapaun’s shocked reaction, and while he retaliated, Neive couldn’t help but laugh.

Looking back at the Human, Neive could at least identify her as she helped him up.

She smiled, and just for a moment, it all seemed to come together...

But before the scene could continue, Prazutis awoke and shot forward from the seat in his quarters aboard the Shadowhawk, looking over himself. The armor, the lack of emotion... the lack of feeling.

Prazutis stared at the floor, wanting to do something. Cry, scream, miss the scene of what could have been...

But as always, his attempts to feel were in vain. There was only anger, only hate, only suffering...

Okay, since I keep forgetting to post this, I guess I'll just do a quick post and let everyone know that the winner was determined to be Darth Tormentous! Congratulations!
Top
Post Reply
7 posts • Page 1 of 1